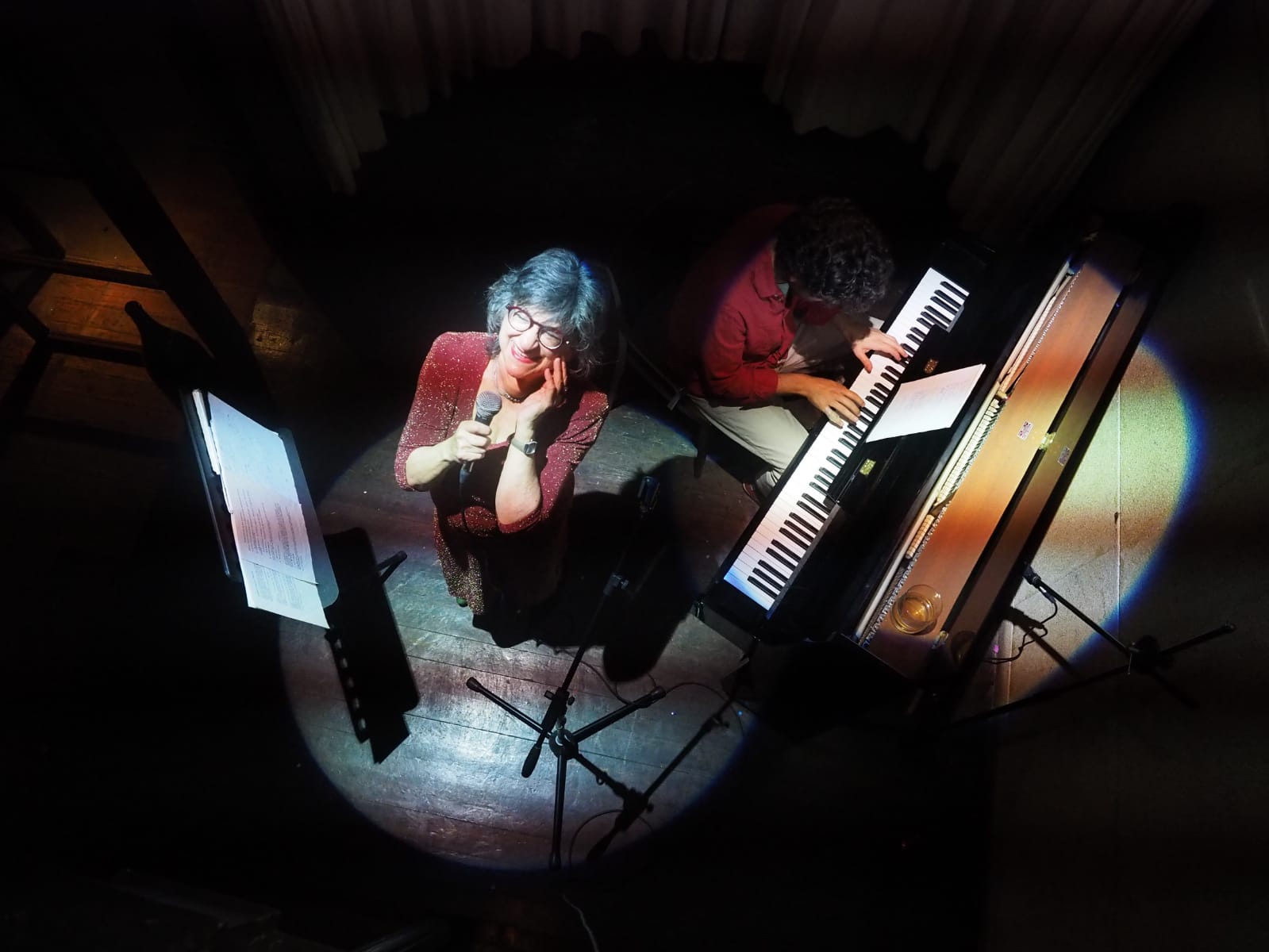 Ocutncias is a space of free creation led by the Valencian pianist Albert Sanz. Heir and nuclear mutation of his previous show (Varietés), this is a place in which to symbiotize artistically with the current situation that culture is experiencing as a profession and as a social phenomenon. Occurrence + shabby = Occurrence, in an inevitable nod to the political class that has led us to this ridiculous point that we are living. Albert will have as a special guest for this edition the actress, singer and composer Mamen García who, after Sanz’s first songs, will sing and play several of her own songs on piano and voice. Then we will have the opportunity to listen to previews of the next album that the two artists are going to release together, consisting of tangos, boleros, adaptations to the Valencian of American songs …

The actress has participated in numerous series such as Escenas de Matrimonio, where she played Brígida, as well as La que se avecina, Cuéntame como pasa, Maniàtics, Socarrats, Les Moreres or Check-in hotel. He has also participated in other television productions such as If I were president, Corazón, La noche and A media voz.

In theater, he has been part of the cast of Identity Crisis, El diluvio que vien e, Terapias, Norine, Man from La Mancha, Memory: from Hollywood to Broadway, A larmas and excursions and Zorba the Greek, among other shows. In 2010, she starred alongside Jordi Ballester in the short film GRP by director Vicente Bonet. Previously, in 2004, he starred in the short film “El Señor Café y la Señorita Sacarina”, directed by Carlos Carbellido and produced by the Jaume I University of Castellón. The artist has not only succeeded in film, theater and television, but has also achieved success in the world of song. Interpreter and lyricist is also the producer of the albums Y yo tambien a ti y Marzo. For the memory are the vinyls of the group Patxinger Z, of which he was the vocalist. In 2010, he released a new album entitled El Cofrecito.

As a theater and musical comedy actress, she has twice won the performance award at the Performing Arts Awards of the Generalitat Valenciana, in 2000 for best actress for her role as Leonor in Nature and purpose of the universe and in 2006 for best supporting actress by psychiatrist Berta Bornikoff in Therapies. In 2009 he was awarded the Berlanga Award for Professional Career.