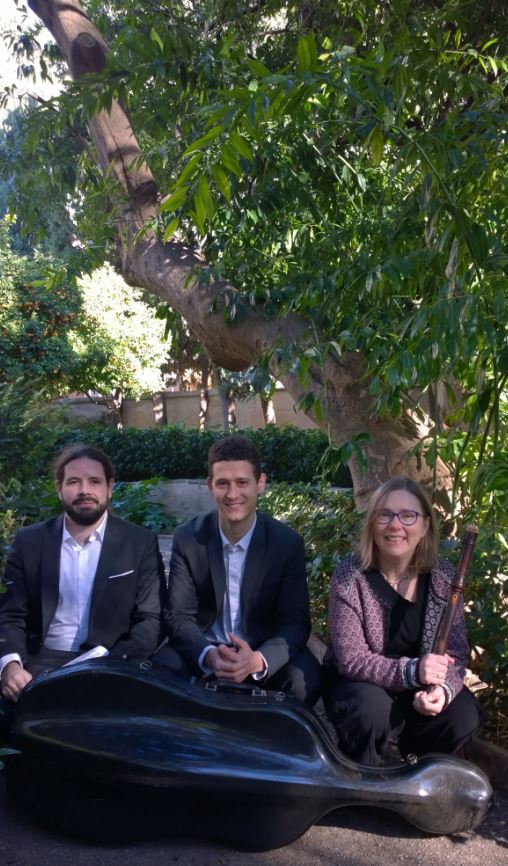 In the Europe of the early eighteenth century, music is a regular host of courts, churches and the outdoors. However, over the course of the century and with the rise of the bourgeoisie, it begins to be heard in places hitherto unusual. The new concepts of public concert and concert hall are born. This means that, if one is willing to pay, you can attend the concert of your choice, a practice that until now was only possible at the Opera. Telemann pioneered the founding of the public concerts of the Collegium Musicum in Leipzig in 1701. But the most famous institution is that of the Concerts spirituels founded by Anne Danican Philidor, in 1725, in Paris. With this new practice, the diffusion of chamber music is accelerated for small groups throughout Europe.
In the spirit of the Concerts Spirituels, the ENSEMBLE L’ORANGERIE proposes a program with a small selection of jewels from the chamber music repertoire of the first half of the 18th century by highly acclaimed composers already in their time, among others Telemann, Corelli and Pierre Philidor .

Javier Caballero Ros (harpsichord)
He studied the Superior Degree in piano at the “Joaquín Rodrigo” Conservatory of Music in Valencia with Jesús Ángel and obtained the Advanced Degree in Ancient Music and Clade at the “Salvador Seguí” Conservatory of Music in Castellón with Ignasi Jordà. During the last academic year 2017-18, he studied the Master of Interpretation and Musicology of Ancient Music at the Escola Superior de Música de Catalunya (ESMUC) in Barcelona, ​​in Luca Guglielmi’s class, finishing it with the highest grades. He is currently a professor of complementary piano at the Municipal Conservatory of Albaida.

Guillermo Pérez (cello)
Born in Valencia, he participates in concerts in the main European capitals. He recorded twice for RNE Clásica, and performed as soloist the concerts of A. Dvorak and J. Haydn in Re M, in the Palau de la Música and the city of Bremen respectively. In the baroque violoncello field, he receives advice from Viola de Hoog during his master’s studies at HfK Bremen, and shares the stage with musicians such as Reinhard Goebel during his time at the Göttinger Symphonie Orchester.