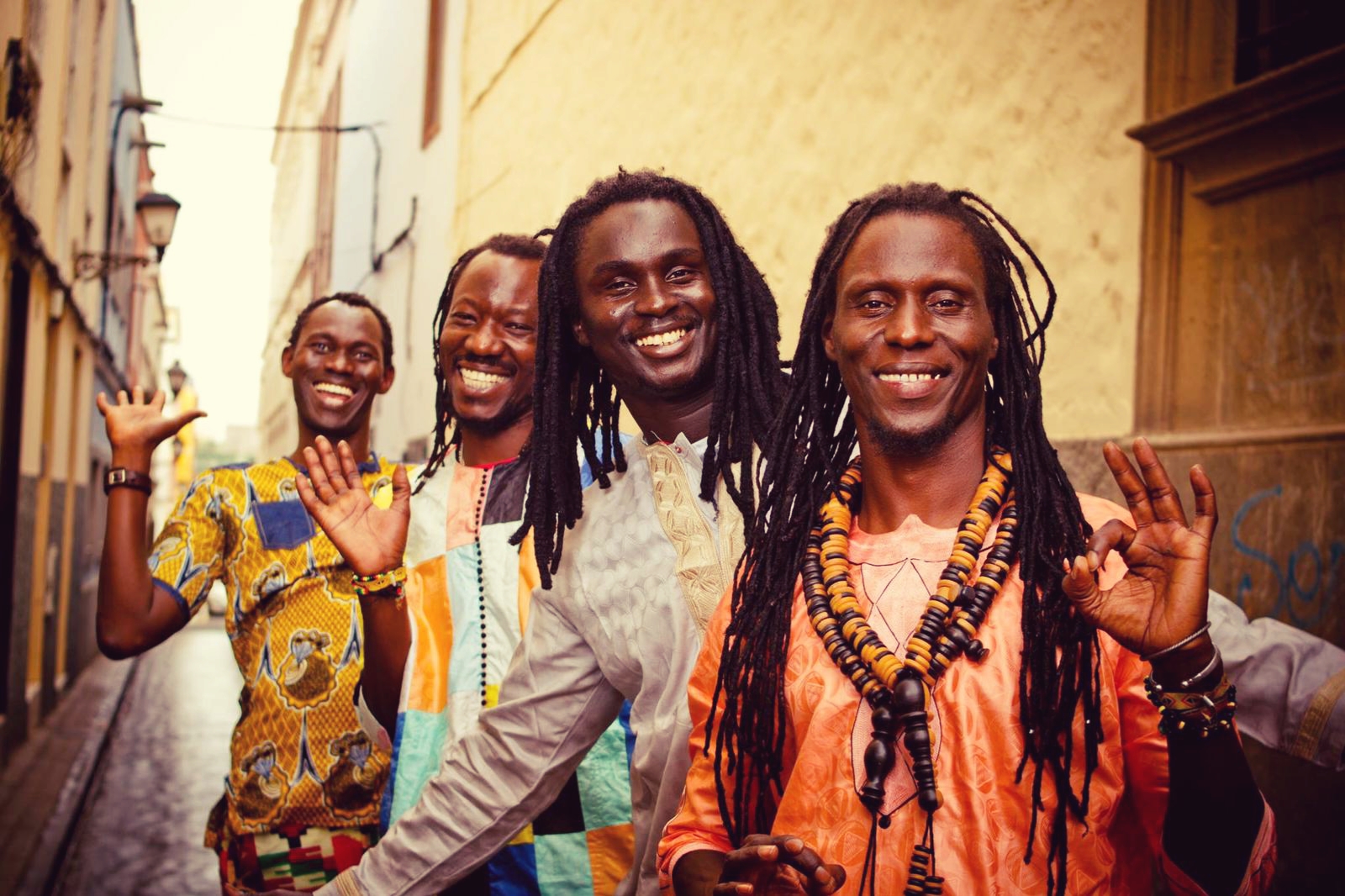 Hermanos Thioune is an Senegalese ‘all star’ group, composed of some of the best traditional and contemporary instrumentalists in the country, under the leadership of singer-songwriter, guitarist and percussionist Khaly Thioune. Brothers Thioune was born in 2009 in Las Palmas de Gran Canaria thanks to Aly and Khaly Thioune, two brothers graduated in performing arts from the National School of Art of Senegal.

His style is a fusion of African drums such as yembé, tama or dum dum and kora with Spanish guitar or drums, which gives the group a musical style stripped of labels. It is African based, respecting the most traditional and rooted sounds of the continent, but it is also contemporary, it is afrobeat or flamenco. The result is an explosive sound mix that apart from delighting our ears is capable of making us
reflect on the creativity that is lived in the African continent.

The band has stepped on emblematic stages such as WOMAD Cáceres this past 2018, that of Guggeheim in Bilbao, also the previous year, that of Rototom Sunsplush from 2010 to 2018, that of Sofar in 2017, and has participated in numerous festivals such as Africa Live from Casa África, MAPS, International Jazz Festival & amp; More Heineken from Las Palmas de Gran Canaria, Bimbache de El Hierro, Agrofiesta de La Palma, White Night of La Laguna, ESPAL Festival, Africa Lives from Valencia, Meeting with Africa from La Laguna or MUMES Festival.