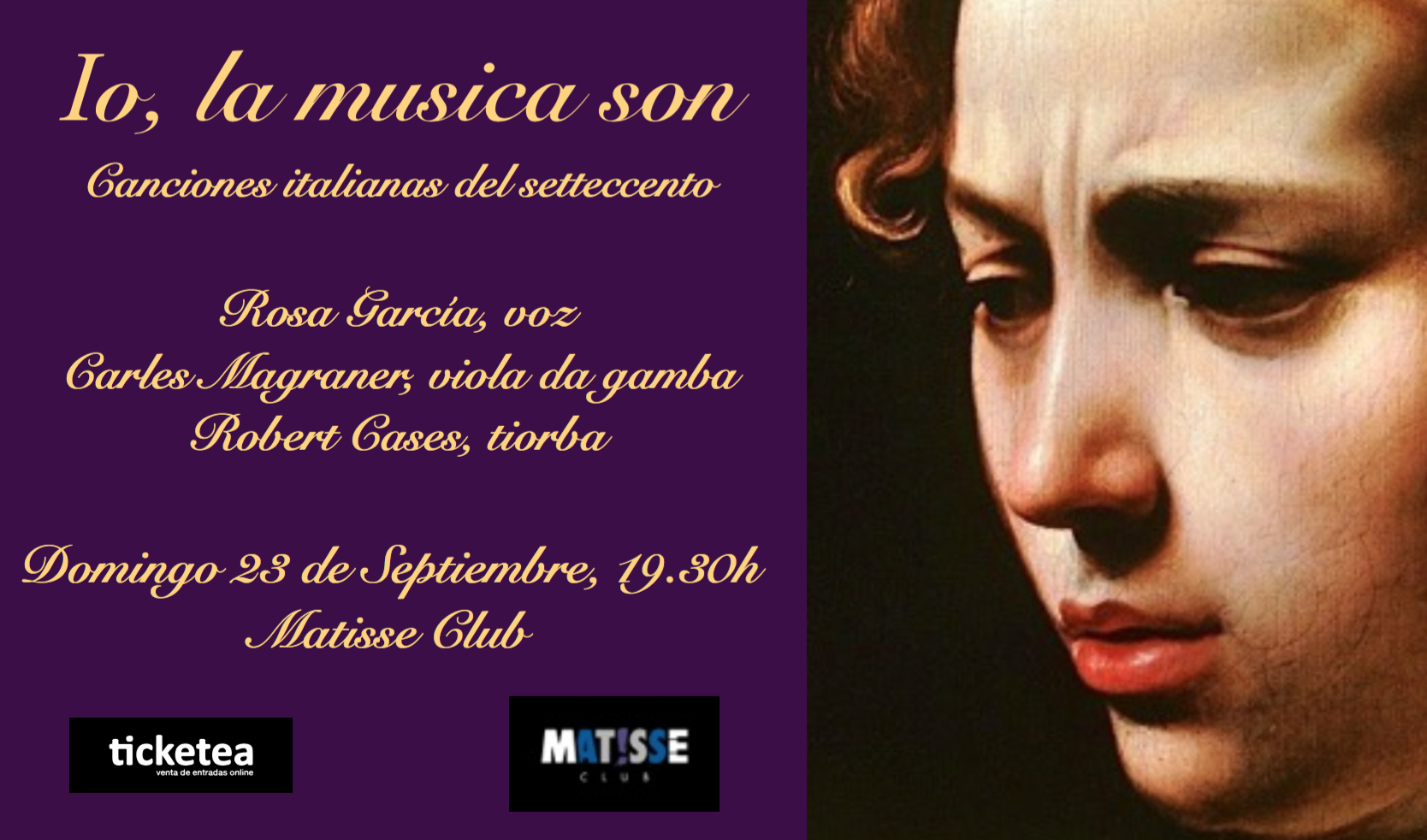 Matisse Club will become Count Bardi in his Florentine palace to bring the En clave Antigua (in old key) cicle to Rosa Garcia (voice), Carles Magraner (viola da gamba) y Robert Cases (theorbo), who have prepare this ad hoc programme for the occasion “IO, LA MUSICA SON”, the proposal for the concert of these three devoted Early music musicians, consists in a Early Italian Barroque songs selection that brings the rethoric of the warmth to its maximum expression. Lullabies, resentment love, odes to insanity or instrumental pieces with harmonic structures that laid the foundations of what we know today as modern music.

We will listen to a repertoire of compositors as C.Monteverdi, G.Kapsberger, G.Frescobaldi or T.Merul among other, who dominated the technique of recitation, making music in the service of the word.