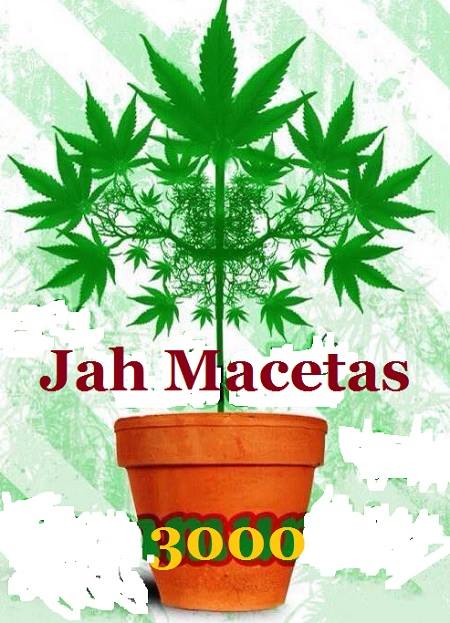 Reggae musical trajectory performing their own compositions as well as well as reknown Jamaican artists like Augustus Pablo, Jackie Mittoo, Prince Fari, Aston Barrett, Rupie Edwards, Bob Marley, etc. from an instrumental Dub perspective with a diverse and improvised jazzy contribution that comes to the musicians who form Jah Macetas 3000 for this occasion.

The repertoire selection made by Sergio Monleón, lyricist founder, guitarist and composer of the pioneering reggae band in Spanish language Jah Macetas in 1982 that actively participated in the MOVIDA valenciana (Valencian move). DJ and REGGAE vinyls collector with about 700 singles and 3000 LPs mainly adquired in London and other countries between 1983-2006. The musical criteria of the proposal from JAH MACETAS 3000 is more distant from commercial reggae-pop and closer to Cannabis awareness.

In 2011 the band produced the Maria CD with Pere Andrés ‘el Rumbero Jamaicano’ (the Jamaican rumbero) again and performed on the main stage at the ROTOTOM Festival. In 2013 produced the ‘Mantén el Espírtu libre’ (Keep the free spirit) with Payoh Soul Rebel as vocalist. In 2015 Segio Monleón decides to suspend the band night performances for urban circuits with the exception of Saturday 30th June 2018 at Matisse Club. The Reggae RASTA values that Jah Macetas 3000 share are natural life and love, no alcohol and Cannabis in all their varieties, and this is the way the band will express it in their songs.