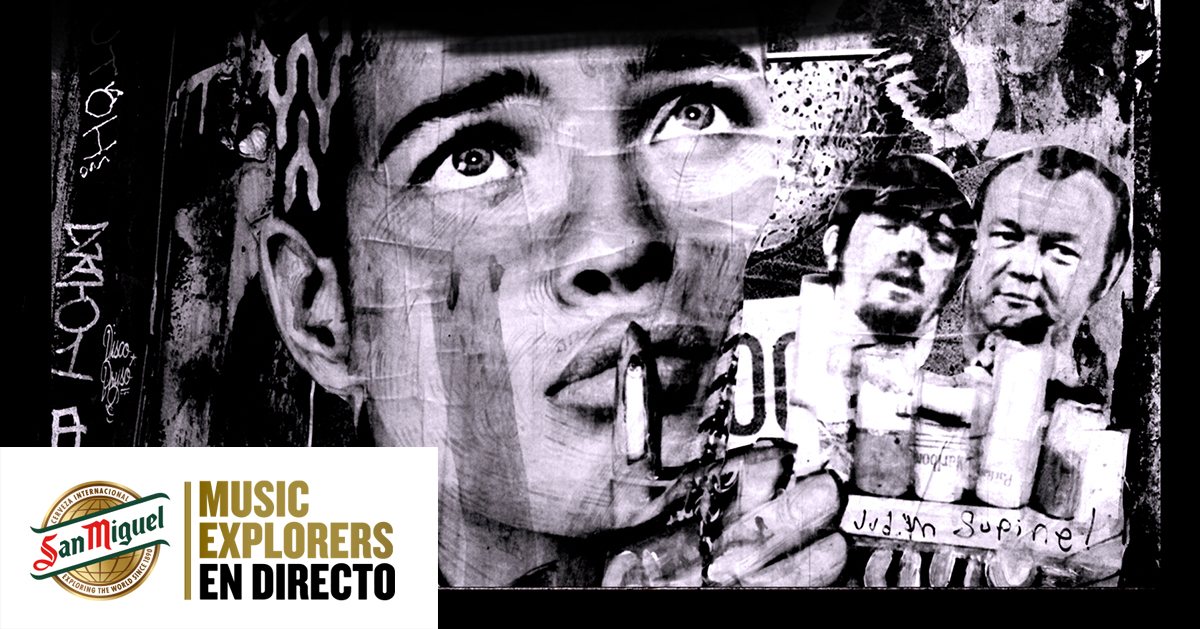 With BILLY HART as special guest

Spanish sayings continue to resist to change, even in these days of abused globalisation. Still valid today the one who says ‘no profet is without honor except in his native place’, and damn, it hurts. 2 jazzmen will appear at the Café Central in Madrid this weekend to concer the city outskirts and, moreover, to convince, to be acclaimed and admired: the saxophonist and clarinettist Javier Vercher, and the baterist, pianist and vibraphonist Jorge Rossy. The first of which played in New York long time ago, being required by the provosts of the city, while the later travelled the world 4 and 5 times escorting Brad Mehldau, militating the first of his trios as baterist. Nowadays, Rossy plays a full part with the blacks and whites, more than patches and drumsticks, while Vercher has added up to his sound language the magic echo of the bass clarinet.

This 10 year reknown talented couple created an unavoidable work by colleagues. And the masterpiece arrived under the title ‘Filantropía’ (philanthropy) (Superstone Records, 2018), a personal work made by their inspirational authorities. The register includes a total of 11 courts, delimited by the wide horizons of the improvisation and delivered with a guerrilla breath, brief compositions John Zorn style, themes that sometimes are a lash, other a ephimeral caress with the breath of a ballad.

The texture of the vibraphone and the marimba pairs harmoniously with the epic sound of the clarinet, audaciously expressing titles like ‘Kleptocracy’ o the generic ‘Philanthropy’, always abandoning everything to the improvised phrasing of these two powerful interpreters, independently of the instrument used at any moment. Now it is time to assist to the natural and organic exposure of the project and the expansion of the instrumental lines promising a greater richness in the combination of languages.

The young Valencian saxophonist broke the National Jazz door down in 2003, when he released his first album ‘Fresh Sound, Introducing The Javier Vercher Trio’, as trio and together with nothing less than a -at the time- an unknown Robert Glasper and Bob Moses. Vercher was hungry for experiences and knowledge and decided to move to New York, where he quickly made a name for himself in the city and started to be required by jazzmen like Lionel Loueke, Henry Cole, Ferenc Nemeth, Brannen Temple y Chris Higgins, with whom formed a band. On his return to our country, he signed for great hits like the recent Frank Zappa tribute led by his fellow friend and teacher Perico Sambeat or other record label productions like Ales Cesarini Nyabinghi, Miquel Asensio Senda Nova, soundtracks for documentaries like ‘Guastavino’, ‘El arquitecto de Nueva York’ (The New York Architect) (RTVE) y Josep Renau ‘El arte en peligro’ (The endangered art) (RTVE).

Everything is said about Jorge Rossy, or almost everything; his musical authority continues to be a must for the press, as there is no understanding that a jazzman like him is still sneaking by radio stations, newspapers and magazines. Only during the last decade he has been playing with Wayne Shorter, Lee Konitz, Charlie Haden or Carla Bley, among others. Without forgetting who he was, together with the doublebass player Larry Grenadier, the vertex of his first big trio of Brad Mehldau, today acclaimed worldwide like the grand piano pope of Jazz music… As said above: there will never be enough adjectives to define the singular musical universe of Jorge Rossy.