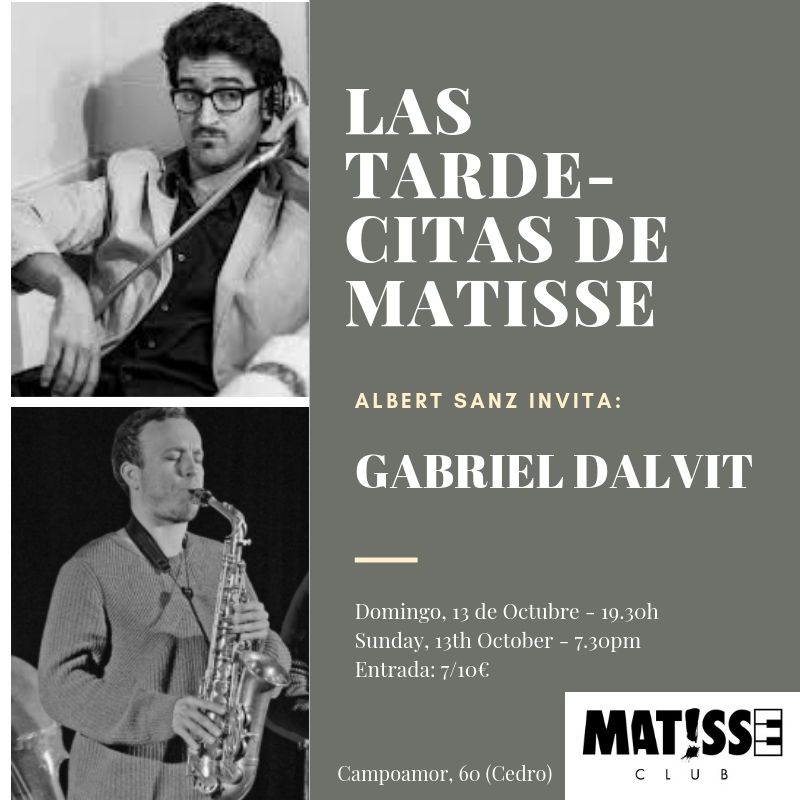 Albert Sanz has the great pleasure of inviting Matisse Club to some of his favorite artists to share, in addition to music and friendship, stories and experiences in an afternoon that promises to be exciting for both the public and for us.

The Dalvit / Sanz duo recorded, after a long stay of Sanz in Zurich in 2015, an important album entitled “Snow in summer” that received the best reviews by the Swiss specialized press. Since then the symbiosis between these two jazz players has not stopped developing.

In Matisse the duo presents material for a new album that will be recorded live given the magnificent conditions of the room and the warm Valencian public.

The Swiss saxophonist Gabriel Dalvit studied at the Lucerne School of Music and received in 2001 the Friedl-Wald Foundation award. Since 2000 he has given numerous concerts as a leader or as a companion in Germany and other countries. He has worked with musicians such as Chris Wiesendanger, Dominik Egli, Fabian Gisler, Simon Nabatov, Claire Fischer and others.