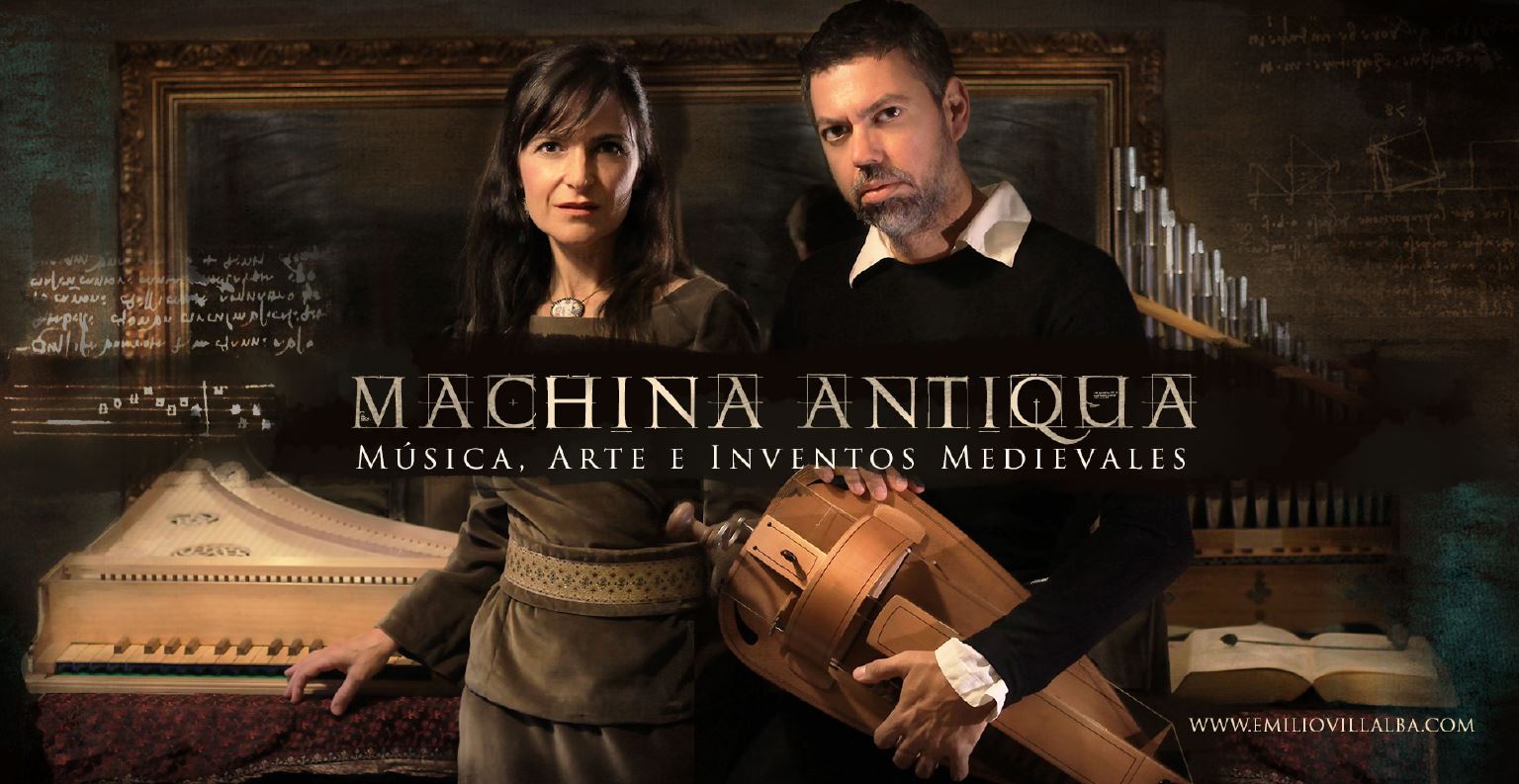 The keys vihuela, the clavisimbalum, the organetto, the mechanical drum …

They are some of the instruments with which immortal musicians represented in paintings, or in ajados parchments, interpreted ancient music.

Music from the Middle Ages to the beginning of the Baroque.
These instruments, along with these music, ceased to be interpreted over the centuries.

This concert is a sound journey through these invented machines to perfect the art of music.
Musical machines that are the reflection of human sensitivity and talent dedicated to creating beauty and the delight of the senses.

Music and History
“With a great reputation, Leonardo was led to Milan before Duke Francesco, to play: and Leonardo carried an instrument built by himself…” (from Las Vidas de Vasari)

During the concert, small stories of the lives of the musicians and artisans protagonists of these ancient music are told:

Fray Bermudo, from Écija, famous for his treatises to learn music and perfect the organ and the monoordion; Leonardo da Vinci, who made musical machines for the theater and the show; Master Rodrigo, one of the first key instrument builders in Andalusia who exported his instruments to the very court of Flanders …

They have published more than 10 recordings on ancient music, the most prominent are “Mediterranea, dreaming Al Andalus” (2005), “Aquitaine, cantigas, dances and romaças of old Europe” (2010), “El Doncel del Mar, melodies Medieval from Istanbul to Costa da Morte ”(2014), and an original didactic work“ Music for Princesses, Dragons and Knights, medieval music for children ”(2015), selected by classical RNE and presented live.