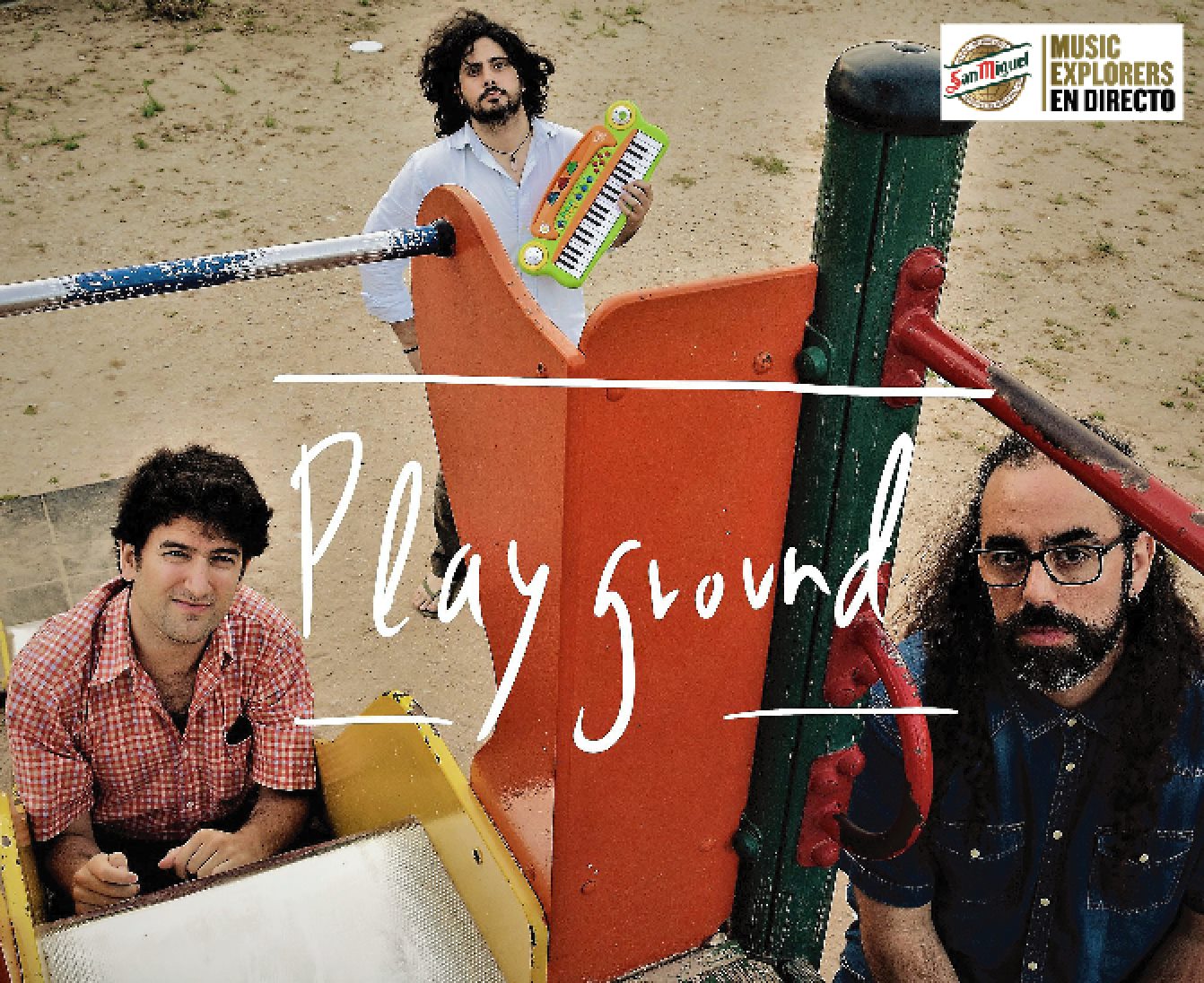 PlayGround is a musical shuttle where everything is possible.

It was made by Albert Sanz (keyboard and voice), Iván Cebrián (guitar) and Sergio Martínez (percussion and samplers) in Valencia, this band is impossible to classify due to the combination of Jazz elements, electro music or world music. Its stereotypical sound looks into past and future, and it lives in the present with boldness and mistery in its compositions, freshness and set in its interpretations, always like a leap in the dark.

With the passing of the years, the pianist Albert Sanz (Valencia, 1978) has become one of the references in Jazz music in our country. He has been touring with artists like Kurt Rosenwinkel, Chris Cheek, Mark Turner, Guillermo Klein or René Marie; and regularly contributing with Javier Colina, Silvia Perez Cruz, Jorge Rossy or Perico Sambeat.

His latest projects are among Al Foster or, with his own compositions, “L’Emigrant” for Bigbands that make him one of the greatest Spanish Jazz musicians that, increasingly, are recognised abroad.