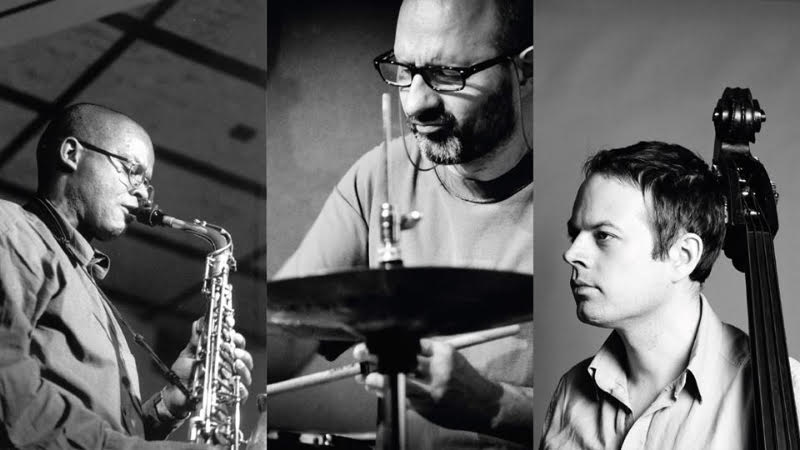 Straight Ahead Jazz
The proposal of his Rossy / Girod “Three Trios” part of the capacity of two of its members, Nat Su (alto sax and drums) and Jorge Rossy (drums and vibraphone), to change their roles within the group. Thus, around the spine that forms the double bass of Dominique Girod, they pivot their companions, offering three possible combinations marked all by the musical quality that is placed on the stage.
A first trio of alto saxophone, double bass and drums is played by a vibraphone, double bass and a new drummer, to close the range of possibilities without this last instrument in a last formation of saxophone, vibraphone and double bass. A very refreshing sound and conceptual variety, all with a casual, spontaneous, lyrical and with a lot of swing spirit.

Not in vain, Jorge Rossy is internationally recognized as one of the most influential drummers of his generation, which has led him to appear in more than 100 recordings with musicians such as Brad Mehldau, Ethan Iverson, Kevin Hays, Albert Sanz, Mark Turner, Chris Cheek, Seamus Blake, Joshua Redman, Kurt Rosenwinkel or Steve Swallow. A long career in which he has also accompanied live Charlie Haden, Wayne Shorter, Lee Konitz, Carla Bley and Joe Lovano.
To this he has added his unique and personal sound with the vibraphone, the marimba and the piano, as well as a particular aesthetic as a composer that has allowed him to step forward and lead different formations, recording albums as a leader in his different instrumental facets.

Nat Su, on the other hand, has been collaborating constantly with Jorge for decades. This Swiss saxophonist formed in Austria and the United States accumulates a musical career of more than thirty years in which he has collaborated with Franco Ambrosetti, Jerry González, Jack Walrath or Lee Konitz, whom he considers a “decisive formative influence”. A job as a sideman that he combines with the leadership of his own quintet, The International Hashva Orchestra, and with his pedagogical work at the University of Applied Sciences and Arts of Lucerne.

Finally, Dominique Girod exercises as the firm ground of this project. Born in Winterthur, Switzerland, Girod has been trained in classical music and jazz in Paris and Zurich and has been claimed by colleagues such as Chris Cheek, Kurt Rosenwinkel, Michael J. Stevens, Miles Griffith or Bennie Golson. In addition, Dominique maintains an important career as a composer and teacher.